We use Cookies.
Walkative!BLOGPoznań
8 best things to do in Poznań
#before you go #planning a visit #poznań
Share:

Whether you’re a first-time visitor in Poznań or you’ve been here dozens of times, it’s always good to remind what this beautiful city has to offer!

Although it’s not the oldest part of the town, without any doubts it’s the heart of the city. You will find here dozens of places worth your attention. On the old market square which is the third biggest among the biggest cities in Poland, just after Kraków and Wrocław look for the oldest pharmacy in Poznań – Apteka pod Złotym Lwem, existing since XVth century. Here did the internship Oskar Troplowitz, creator of the famous Nivea cream. Watch the billygoats show at 12 or at 15 admiring the most beautiful building on the square and “north to the Alps” – the Old City Hall and the colorful tenement houses painted with sgrafitto. Visit one of the beautiful churches – Parish church (Fara Poznania, the main church of the city), Franciscan church at the Przemysł hill or former Dominican church, stroll around the city walls or just look for the traces of Napoleon Bonaparte. Try regional cuisine – potato with cottage cheese (pyra z gzikiem), potato pancakes (placki ziemniaczane) or grey dumplings (szare kluchy) made out of potatoes (yes, we love this vegetable! That’s why we are called Potatoeland) and for a dessert grab our beloved Saint Martin Croissant (rogal świętomarciński). Or simply take the Old Town Tour of Poznań to learn more about this undiscovered city! 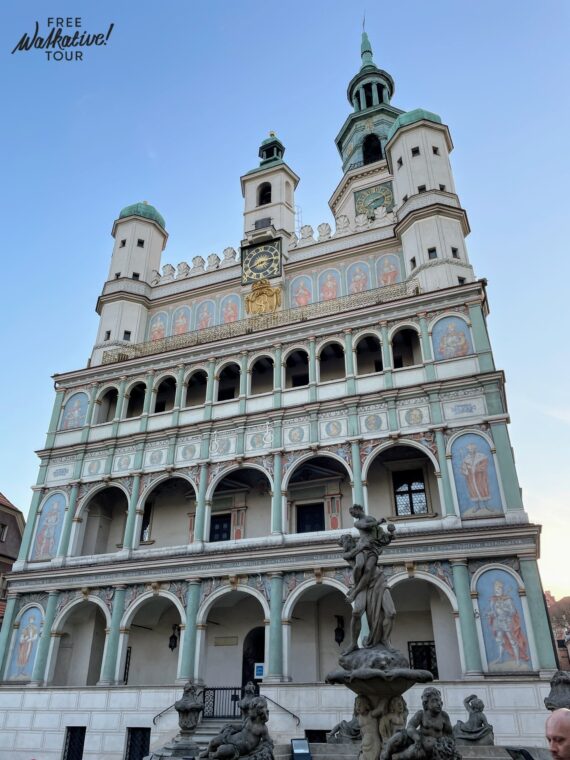 As a result of so called partitions of Poland, Poznań got into Prussian hands. The new rulers of the city decided to expand the city to the west. In the beginning of the XXth century, on the place of former fortress of Poznań, they created a residencial district with one of the most modern castles in Europe, beautiful Opera House and many other building that right now belong to Adam Mickiewicz University, the oldest one in the city. Fans of history and interactive museums shouldn’t think twice, just head to Centre of the Ciphers Enigma (Centrum Szyfrów Enigma). They will learn not only how to code the ciphers but also how three mathematicians from Poland – Rejewski, Różycki and Zygalski helped with uncoding the German coding machine Enigma. After that, visit Adam Mickiewicz Square that hosted one of the biggest strikes against the communist regime. We also humbly recommend to participate in the Imperial District Tour to get to know this part of the city the best! 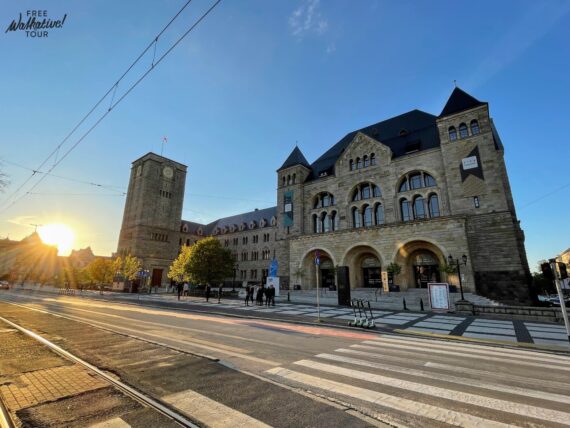 The Imperial Castle in Poznań.

Just behind the Imperial District, up to 1900 there was a village called Jeżyce that was after that time joined to the city of Poznań. You can still feel the vibe of a small town. It’s filled with nice restaurants, bars, coffee places, bookstores and right now it’s considered to be the most hipster district in Poznań. Also, fans of Art Nouveau architecture won’t be dissapointed. Polish visitors can remind themselves stories from the book series by Małgorzata Musierowicz, “Jeżycjada”, placed in the district. If you miss some nature, take a walk around Rusałka lake or visit the Botanical Garden, on the way spending some time in Park Sołacki built for the villa district of Sołacz with impressive houses and an amazing church of Saint Jan Vianney located on a hill. 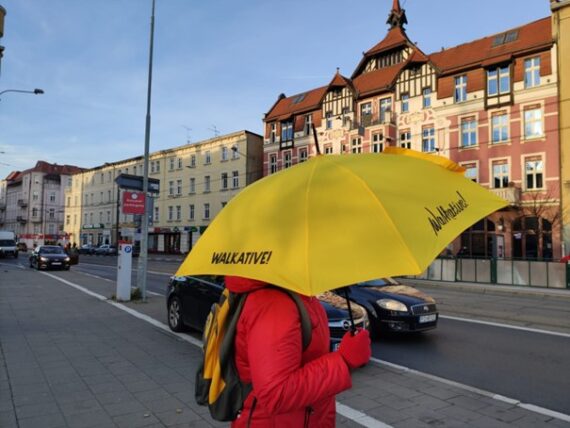 The oldest part of the city is situated on an island between two rivers – Warta and Cybina and is home to the oldest cathedral in Poland – built in 968, only two years after the baptism of Poland. In the temple there are buried the first rulers of Poland from Piast dynasty, among them the first ruler we had – Mieszko the I and his son, the first king of Poland, Bolesław Chrobry. It’s also worth to see the Golden Chapel owed to Count Edward Raczyński and precious Vischer plates that were created by a workshop from Nurnberg for the members of Górka family. Just behind the cathedral you will find a museum devoted to the beginnings of Polish state – Brama Poznania, the first interactive museum in the city. Keep walking to discover two murals – 3D mural of Terravita that won the 5th place of National Geographic contest for the 7 wonders of Poland and Green Symphony that was designed to play music when it’s raining and you will find yourself in the district of Śródka (little Wednesday). 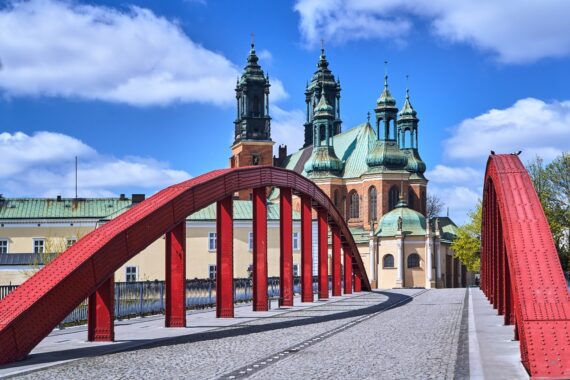 The name of the lake always confuse us a lot when we talk about our weekend plans! This artificial reservoir created during the communism time was called like this after the Sovereign Military Order of Malta that in the past was situated in this area and is mostly used for the rowing competition. It was even host of various world championships, among them Canoe Sprint World Championship in 1990, 2001 and 2010 and Europe Championship of Canoe Polo in 2013. From the north-western part of the lake you can take Maltanka train that was put here 50 years ago to transport children willing to see the zoo. The train itself is a bit older. It was before placed in Wilda district in order to revive it and it was run by the children and youths, mostly studying in Railway Technical College. Names of the stops of Maltanka train come from famous cartoon from the past telling a story about a goose and chicken. You can leave close to Termy Maltańskie, a big swimming pool with saunas and aquapark or at New Zoo – second largest zoo in Poland, famous for owls. Continue walking to the other side of the lake and you will see a mountain used for skiing in the winter season and summer sled track.

The biggest park in Poznań is in the same time part of the fortification created by the Prussians and an open-air gallery with 112 sculptures by Magdalena Abakanowicz, artist related to the Artistic University of Poznań called “Nierozpoznani” and other monuments. Huge part of them comes from the communist times e.g. Sunday or Gymnast. If you want to learn more about the arms and military equipment such as tanks, planes etc., visit Muzeum Uzbrojenia. Locals love to sit close to the rose garden sipping coffee from one of bike coffee places that are around. Every year the Park hosts various events, among them famous concert “Męskie Granie” and Flying Dogs Competition! 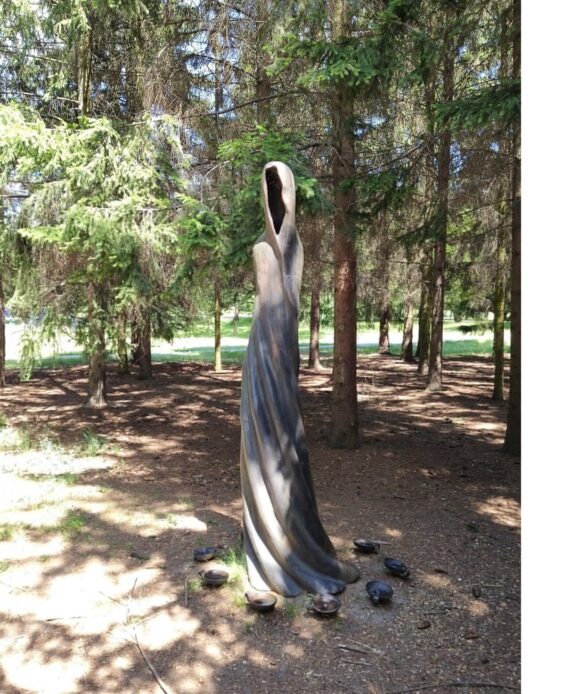 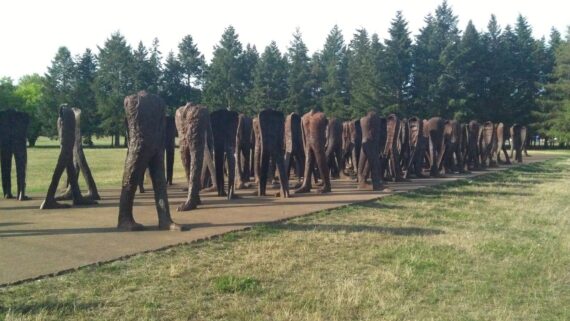 This best mid-size shopping mall in Europe according to ICSC is a combination of shops and art centre. In 2012 it was one of the winners of 7 wonders of Poland by National Geographic Traveler and it received a lot of prices in the field of architecture such as Giovanni Battista di Quadro Price or Golden Pencil. Inside there is a vast collection of sculptures, among them “Moonlight”, “Torso del lago” and “Eros alato” by Igor Mitoraj or “Henyo-Penyo Myomyonmyo” by Mr. Go to the courtyard to see the biggest mug of beer in the world (inscribed in the Guiness records list) and check if there is an exhibition in the gallery. You can also chill in the park surrounding the place. 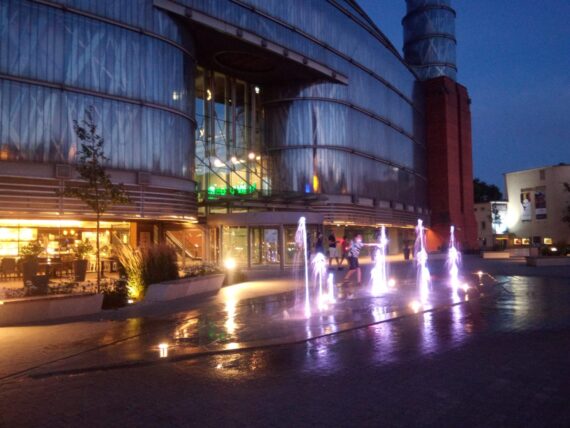 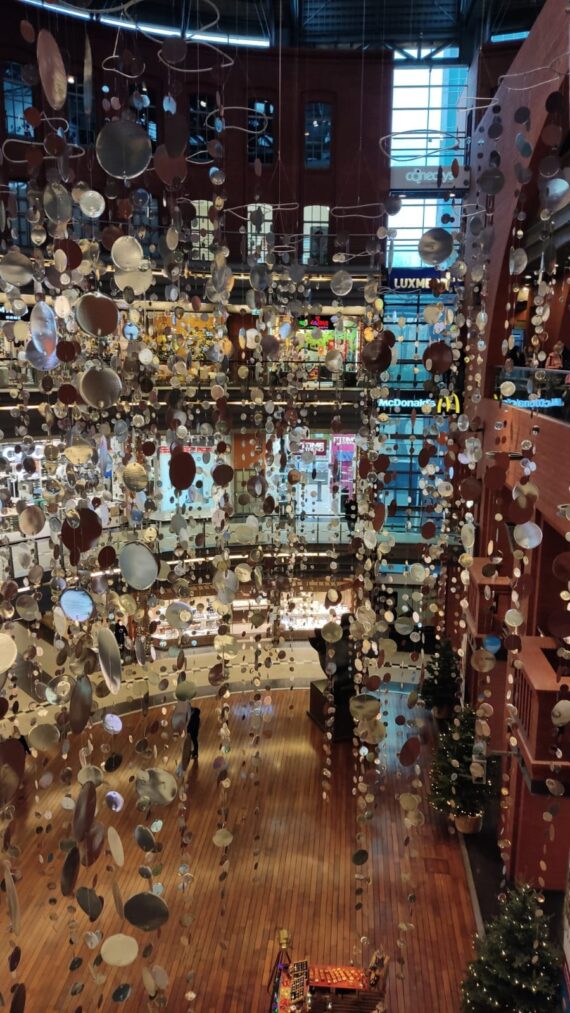 Interior of the Old Brewery in Poznań. Fot. Małgorzata Tylińska. 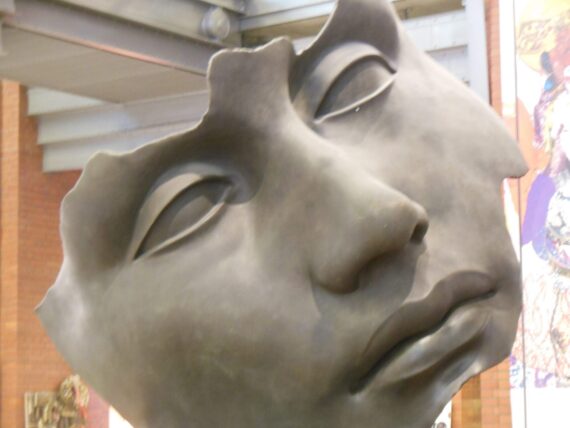 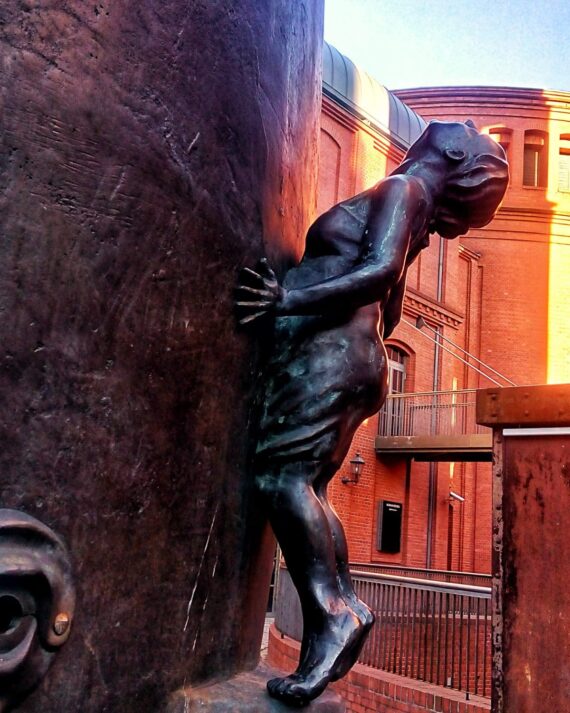 Architecture enthusiasts can choose their way to Park Cytadela or Jeżyce district via Aleje Niepodległości. This wide road and its side streets hide residences from the beginning of XXth century. They were created in various styles, starting from Neo-Baroque through classicist and Art Nouveau, ending up with modernism. In the past the villas were houses of entrepreneurs and important families from Poznań. If tired, take a rest at Park Moniuszki and admire his bust created by Marcin Rożek, famous sculpturer from the region. 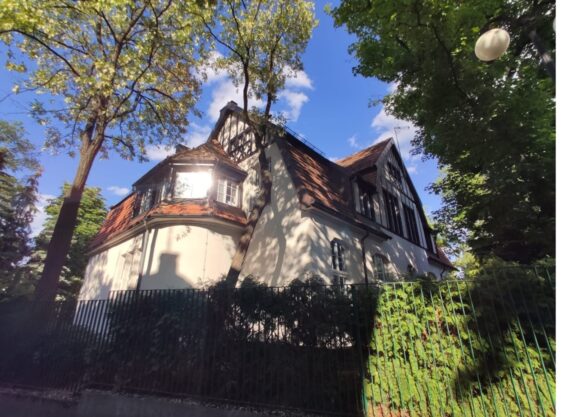 Written for you by Zuza Michalska