Price:
You choose
Basic Information
Total time
2 hours
Meeting point
Outside the FNAC store at the corner of Bergara street with Plaza Cataluña, with a PINK umbrella of Barkeno Tours.
Category
Walking Tour,
This tour is provided by our partner 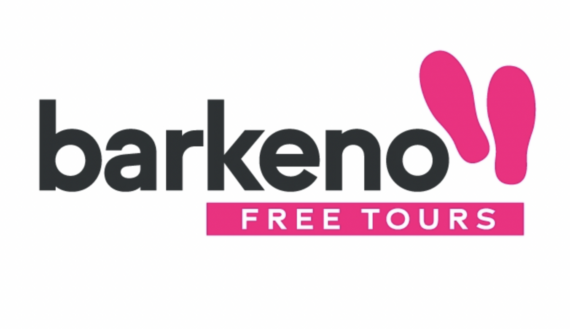 Enter with us what was once the forbidden and most infamous of all the Barcelona districts. Discover the notorious El Raval!

Areas close to ports had forever been known for their bad reputations, and El Raval was not any different. Factories, workers, immigrants, sailors, prostitutes, alcohol, crime and murder were what once defined this neighbourhood. Because of all the social problems and difficulties, it was often called the Barrio Chino – the Chinatown of Barcelona. But those days are long gone, now El Raval is the hottest place in the city, a cool bohemian zone full of street and urban art, where all the artists and creative spirits are streaming to. It is also a place where Barcelona’s nightlife pulsates, where you can find some of the best bars and pubs in the city!

The city council had its fair share of improving the living conditions of the neighbourhood by creating new streets like the Rambla del Raval and institutions like the Museum of Contemporary Art that changed the way people perceive it.

During our tour, we will discover both the past and present of El Raval. We will delve into its dark days to talk about Casa de la Misericordia, old, ivy-covered orphanage and its peculiar history or the figure of the infamous vampire of El Raval accused of prostituting and slaying young children. We will also introduce you to the present day life and culture of the area full of shops, galleries, modern art and murals. We will show you the symbol of the neighborhood – a statue of a huge, fat cat by Fernando Botero; one of the first works of Antonio Gaudi and Palau Güell and finally direct you to the city’s most famous market – La Boqueria. Interested? Intrigued? Come with us to discover all the flavours of the coolest district of Barcelona!

BOOKING RULES
Our free tours are designed for individual travellers and small groups. We don’t accept parties of more than 6 people on them. If you travel in a party of 7 or more (school groups, bigger groups of friends etc.), please choose a paid option, if it's available, or book a Private Tour. For more information on the latter, please contact us.