Cooperation with the Culture Without Barriers Foundation 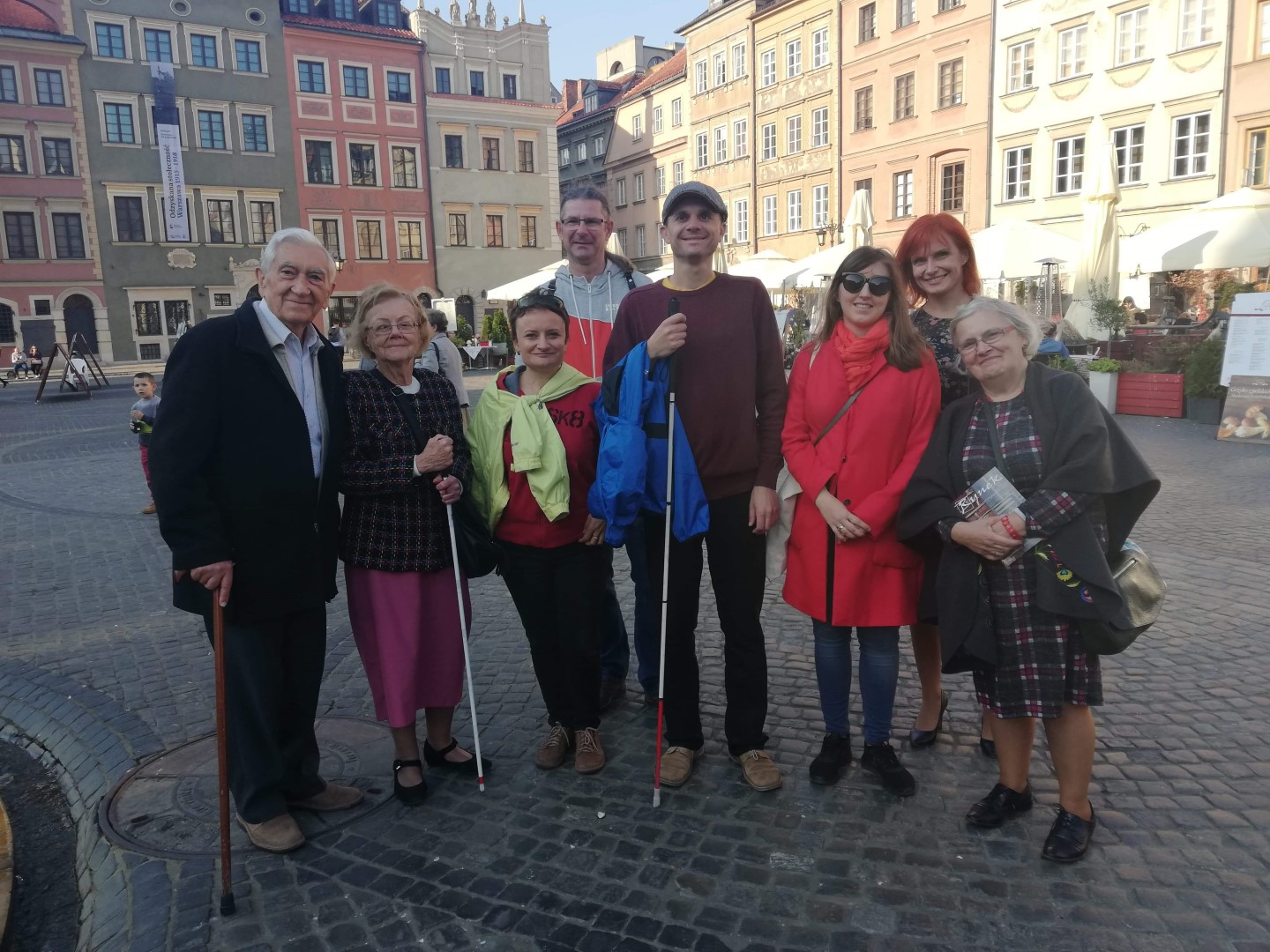 Cooperation with the Culture Without Barriers Foundation

The three-hour workshops in which we had the pleasure to participate in, were divided into three thematic blocks devoted to: guiding blind and visually impaired people, deaf people and people on the autism spectrum. Each one-hour part was led by specialists working with the Foundation, thanks to which we had the opportunity to learn what we should pay special attention to when guiding a given group, what materials we can use during the tour, and what we should definitely not do during a tour. During the training we were also able to ask questions and discuss our daily challenges and experiences, which made the workshops extremely interesting and worthwhile.

Enriched with knowledge from the workshops, we organized three walking tours around Warsaw: one in the Old Town and the Royal Route for a group of the blind and visually impaired people, another one for the deaf in the Praga district about street art, and the third, presenting the history of Warsaw urban transport, was addressed to people on the autism spectrum.

The smiles on the faces of the tour participants showed that everyone was very happy with the two hours we had spent together.