Price:
You choose
Basic Information
Language
English (check the booking calendar for availability)
Total time
2 hours
Meeting point
We will meet at 351 High Street (Royal Mile) in front of Advocates Close. Look for an umbrella with Scotland City Tours logo.
Category
Walking Tour,
This tour is provided by our partner 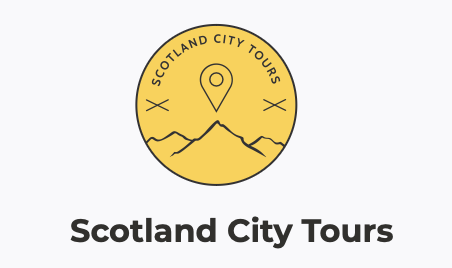 Welcome to Edinburgh, a place that has the power of setting people’s imagination running wild and free, enabling them to create amazing things. Magic, castles, pirates, adventures and crime are all there waiting to be discovered. Rest assured that you would want to come back for more over and over again, and each time Edinburgh will not cease to enchant and surprise you!

The city developed from an old stronghold set on the rocky hill and a settlement below it. From one side it was guarded by the sea, from the other by mountains. For centuries, England and Scotland fought battles for it. Once often called an “old reekie” for the way its oldest parts looked like, dotted with crooked houses with countless added floors, narrow winding streets and black smoke constantly rising over its roofs. But then the new Edinburgh was built and for a change, it started to be called “Athens of the North” as it was here that thinkers, writers and artists created ideas that gave birth to the new Scottish society.

Edinburgh forever attracted great artists, poets, writers and filmmakers, inspiring them to produce their finest works. It was here that Robert Louis Stewenson created his pirate stories, Arthur Conan Doyle founded the character of Sherlock Holmes and J.K. Rowling wrote her Harry Potter books. Where would we be without them?

During the tour we will explore the historic centre of the city, located on a hill towering over Edinburgh. We’ll start at the representative Royal Mile and then begin the climb up to the royal castle to feel the mediaeval atmosphere of the city, as if taken straight from the legendary “Braveheart.” Edinburgh is famous for its dark stories and ghosts, so it’s no surprise that we’ll end up in Scotland’s most famous graveyard. But even in such a gloomy place we will surprise you with an exceptionally warm story about the strongest of friendships – the friendship between man and dog. Of course, there will be no shortage of tips on where and what to eat, we will try to reduce your fear of haggis and familiarise you with Scottish whisky. It is possible that we will ruin your notion that every Scot wears a kilt and plays the bagpipes, but that’s who we are – we want you to get to know the real Scotland and the more than 1,000-year history of its capital.

This tour is organized in cooperation with our local partner, Somos Escocia – Scotland City Tours!

Thank you for choosing Walkative & Somos Escocia – Scotland City Tours!! If you have any further questions, please do not hesitate to contact us.

Meeting Point
We will meet at 351 High Street (Royal Mile) in front of Advocates Close. Look for an umbrella with Scotland City Tours logo.

BOOKING RULES
Booking is obligatory. Walkative! pay as you wish tours are designed for individual travelers and small groups. In the best interest of our visitors we aim to keep our free tours relatively small. Hence, we cannot accept parties of more than 10 people on our regular free tours and guides have the right to deny participation to such groups. If you travel in a party of 11 or more please book a Private Tour. For more information please contact us.