Imagine you are wandering along the cobbled streets of Krakow’s Old Town. What a variety of architecture, stories, souvenirs, smells, colours and… the names of the very city you are visiting? You see Krakow, Kraków but also Cracow. Heck, the latter seems to be omnipresent? Add to that Cracovia, Kroke, Krakau, Krakov or just Krk. Every important and beloved place has its historical and contemporary favourites. So which one should you use?

If you are searching for a simple answer to the title question - go straight to the last paragraph.

The City of Krak

Let us start properly - with a story. A long time ago, in a galaxy far far away… there was a man, who slaughtered the dragon. How? Well, that’s a story for another time. Or for the Old Town Kraków tour. The important thing is that the guy’s name was Krak. And he built a city on a limestone hill - that’s where the castle stands to this very day. It was HIS city. The city OF Krak (say it out loud and... enjoy 😉 ). In the local, Slavic language “of” is placed differently - it is added to the end of the word. That’s why it’s Kraków - the city of Krak. It’s not always “ów” (pronounced as oof) at the end of the name, that’s why you see Fabryka Schindlera. It is complicated we know, but you get the point.

So here we are - Kraków is a city established and owned by the possibly legendary dragon slayer. OK, so Kraków is the Polish version, which was used probably as early as the 8th century. But as the people of Krakow back then could not write we rely on the outsider to first write the name down. It was done by a Jewish-Arabic merchant from Spain (globalisation, huh), Ibrahm ibn Jakub - but he messed up and wrote that the third (after Prague and Kiev) great city of the east is Karako - or Krako, as the Semitic languages don’t mark most of the vowels. By the way, he also called the first Polish prince Mieszko “The King in the North!”. Nice, but that story didn’t go down well, as we all know. As the city grew in prominence over the centuries people from across the world were coming to visit or live in it. And as the dominant language in the early middle ages was Latin the name was transformed into Cracovia. The typical latin ending “via” is quite clear, but why Cracovia with “c”? Well, because Latin did not use “K” - we actually are not totally sure if Julius Caesar’s name should not be pronounced as… keyzar - well, probably it should, as the German word for emperor is Kaiser, pronounced kayzer. 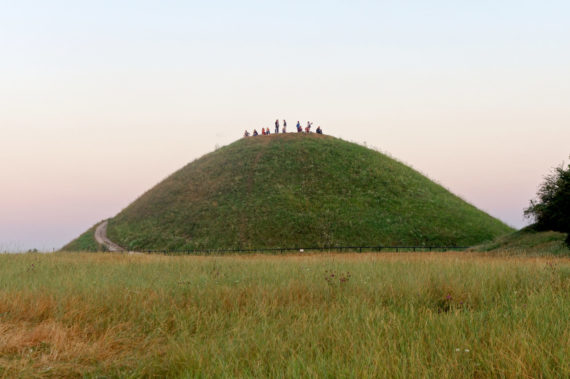 The Mound of Krak (hehe) is the oldest man-made monument in Kraków, perhaps even 1300 years old. This is the supposed location of the hero's grave - this could not be proven yet, but it is a great viewing spot for sure! Source: Jakub Hałun, CC BY-SA 4.0 <https://creativecommons.org/licenses/by-sa/4.0>, via Wikimedia Commons

But I am getting carried away. Let's get back to the point: so in the middle ages Kraków is known internationally as Cracovia - the royal settlement of Poland, one of the biggest and most prosperous cities of Eastern Europe. Cool story, join our tours to hear more about it! And the people of the city are, until this day, called Cracovians - that actually has not changed.

Europe is nice and familiar, but then there are always them - the English. Sitting on their green and rainy island they like it their own way. So out of lovely Cracovia they made… Cracow (pronounced krakou). They didn’t know about the “k” - how could they, without spell-checking? And so on the old maps from the modern era you can see that historical name, Cracow. But is it the one you should use? You don’t see it in the English media today, do you? 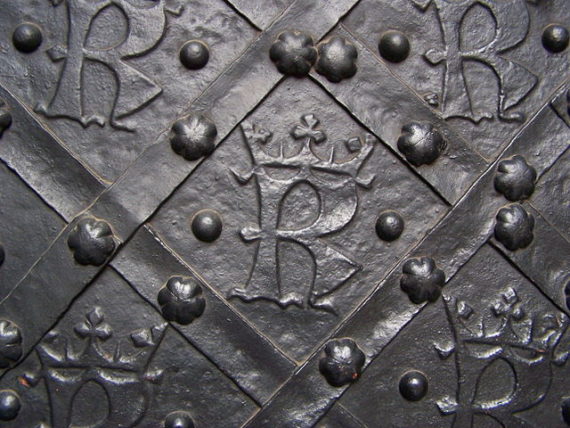 The door to the Krakow Cathedral from 1364. The K in the crown here stands for Kazimierz The Great, the king of Poland. Source: Jan Mehlich, WikiCommons

And here comes the 20th century. Poles first regain their independence, then lose it, then get it back. On June 4th 1989 (several months before the fall of the Berlin Wall - you will learn more about that on our Roads to Freedom tour in Gdańsk and on our Welcome to Berlin Tour), Poland celebrates its first partly democratic election and becomes the first naughty kid who disconnected with the communist family. There were even those who proposed that Kraków should be made capital once again. Didn’t happen. But what happened was… the free market economy. McDonald’s, KFC, Lego blocks, old Audis and Volkswagens from the west - the welfare state with all of its perks. Plus… tourists, who slowly started to venture to more exotic places than Paris, London and Rome. They first invaded Prague, then Budapest and Krakow was in third place. Vendors, tour guides (that’s us, yay!), hotel owners, promotion departments - they desperately wanted to be part of the bright future. They longed for being part of the cool west. And what is the easiest way to start sounding modern and cool? Well… change your name and make it more fancy and international.

Enter Cracow! For the second time, this historical name is being used. There is no fault in that. Yet, by the end of the 90s less and less international media used this version and instead they were using Krakow (dropping the small ‘ over o). But the Poles here, in Poland, still use Cracow, perhaps thinking that it sounds more groovy and sexy. Well, it turns out it does not.

Wanna proof? Here you go: in 2015 the city council of the Royal Capital City of Krakow issued a note stating that although both names are technically sound, it is Krakow that shall be used in the city’s international materials. After all, the airport code is KRK, so it bodes well. But more importantly when you ask Google it will return many more times the results for “Krakow” than “Cracow”. To be exact Krakow will give you more than 210 million results (that is more than Justin Bieber!) and Cracow only about 6 million. And we know Google is always right, don’t we?

All in all, the most practical and up to date international way of writing the name of the ancient Polish capital is "Krakow" (pronounced krakoff) - if you want to impress the Poles make it Kraków (krakooff). Cracow is historical and all, but also old fashioned, and just does not look that cool anymore. Now you know what to think of the tour companies using Cracow in their name and whom NOT to join 😉 Oh, and just please, please don’t make it to “Kracow” or “Crakow”. Yes, we have seen those variants used - officially. Shame, shame! 🙂

PS. And please always check what stands on your flight ticket. We were once surprised by a family surprised that there was nobody waiting for them at the meeting point in… Craiova. Romania is indeed beautiful, so who knows, maybe one day we will open our branch there too.