We have already written about our efforts to commemorate children and guardians from the Jewish orphanage in Kraków ghetto. You can read all about it in this article. But we also managed to do one more thing - convince the City Council to name one of Kraków streets after Dawid Kurzmann - the caretaker of the orphanage. Below is our report on this, take a look!

Who Dawid Alter Kurzmann was? 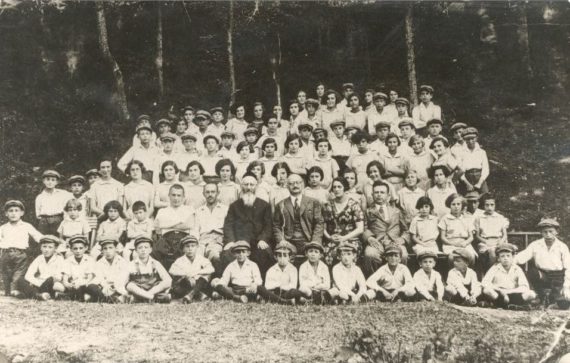 Dawid Kurzmann (in the middle, with a beard) with children from Kraków Jewish orphanage.

Dawid Alter Kurzmann was born on 25 May 1865 in Rzeszów and was murdered in the Bełżec Death Camp on 29 October 1942. His association with Kraków began in 1887 — he was the owner of a successful business and donated a large part of his income to charitable causes. During this time, he and his family lived at 10 Mostowa Street. He was well known for his support of the Jewish orphanage (Zakład Sierot Żydowskich) at 64 Dietla Street. Initially a major donor, he began managing its finances in 1918. Under his watch, the orphanage gained a reputation as one of the best in Poland. At the outbreak of World War II, Kurzman began to spend his days attempting to save the orphanage and its children. His efforts did not cease even after the institution was moved to the ghetto in 1941. On 28 October 1942, the orphanage was brutally liquidated. Over 200 children, along with the teachers who refused to leave them, were murdered in the Bełżec Death Camp.

Walkative's decision to honor Dawid Kurzmann and the orphanage

Kraków Walkative! team began their efforts to honor Dawid Kurzmann in 2017. Back then, we were celebrating our 10th anniversary and we wanted to thank Kraków for being both our workplace and our passion. We decided to do so by commemorating the orphanage in the ghetto by placing a plaque in its last location, 41 Józefińska Street. It was decided that the next step would be honoring Dawid Kurzmann, the caretaker of the orphanage, by naming one of the streets in Kraków after him. We joined forces with Grzegorz Siwor, author of a book on Dawid Kurzmann - “Enoszijut. Opowieść o Dawidzie Kurzmannie”, who had already made efforts to make it happen. Walkative! guides circulated a petition supporting this cause, collecting hundreds of signatures. The initiative was also supported by the Jewish Community of Kraków, Galicia Jewish Museum and Jewish Community Centre (JCC) Kraków. The street location was selected with a lot of assistance from the Kraków Town Hall. It was then approved by the District VIII Council of Dębniki, where the street is located. 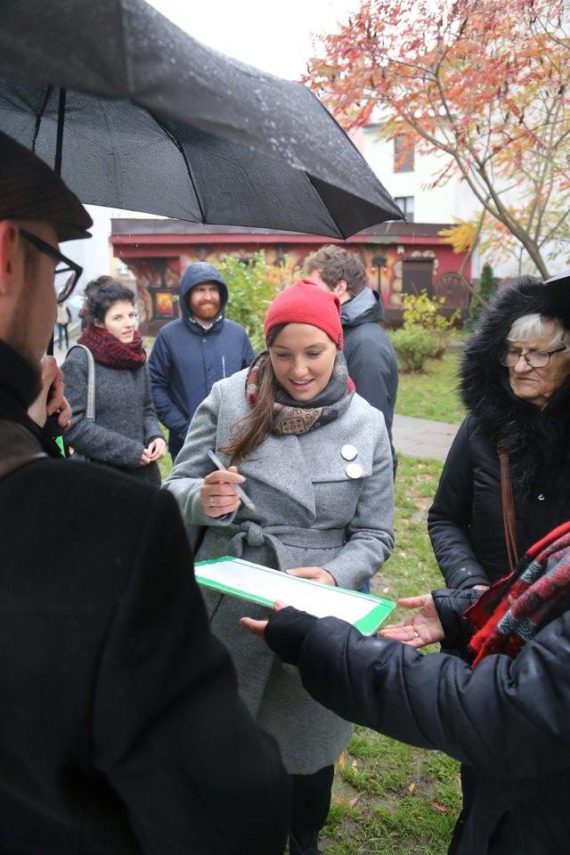 Alicja Zioło, who coordinated the project, is gathering signatures for petition to name one of Kraków streets for Dawid Kurzmann.

On 8 May 2019, during the official gathering the Kraków City Council agreed to name one of the new streets after Dawid Kurzmann. The initiative of Walkative! tour guides was presented to the Council by Rafał Komarewicz from Klub Przyjazny Kraków and was supported by all councilors present. 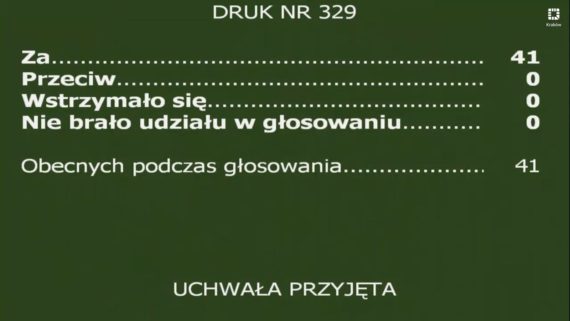 “Dawid Kurzmann was a Cracovian, a Jew, a successful businessman, a teacher, a caretaker. History demanded him to make unimaginable choices. Choices in the face of which it didn’t matter anymore whether he was a Cracovian, a Jew or a businessman. Today we commemorate a man who reacted to those choices exactly the way a good human being should,” – said Małgorzata Fus in her statement before the Kraków City Council. 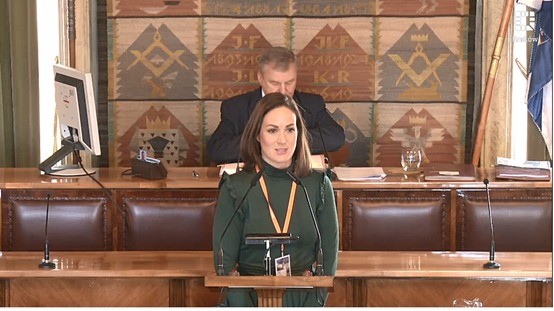 Some time later, in 2019 Kraków was visited by Marcel Kurzmann, Dawid’s grandson. We had a pleasure and honour to take him and his sons and show them the plaque. We have also visited together the site where the new street named after his grandfather would be. 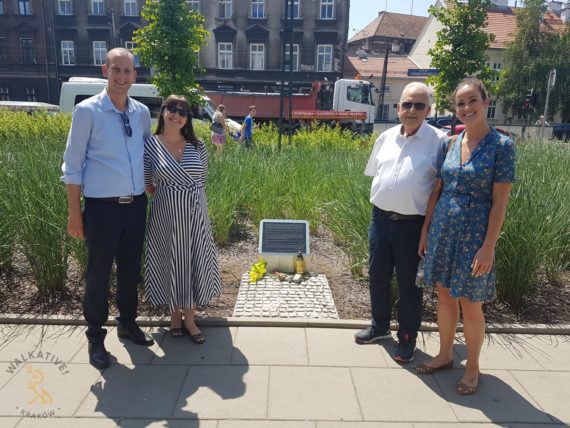 Marcel Kurzmann, Dawid Kurzmann grandson at the site of the orphanage and Walkative! plaque commemorating it. 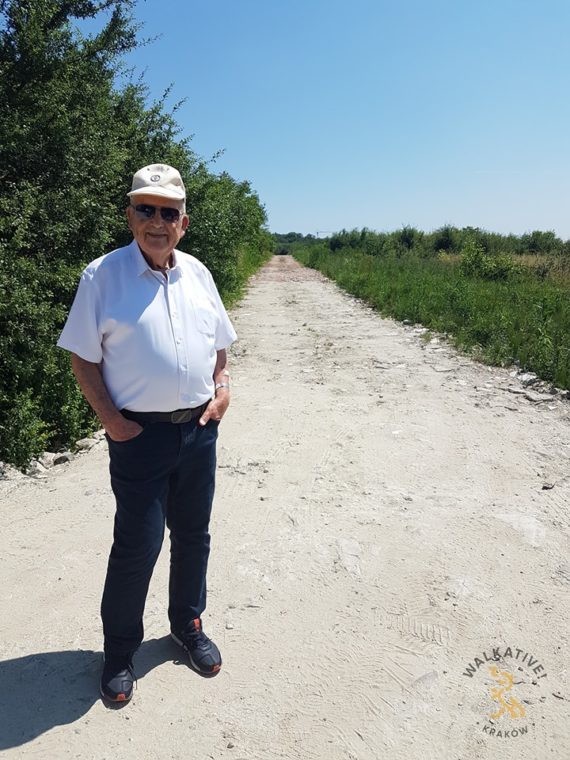 Marcel Kurzmann at the site of the new street, named after his grandfather, Dawid Kurzmann.

Related stories:
No category
Walkative! commemorates the orphanage in the Krakow ghetto – 75 years after its brutal liquidation
Read more