Prague is the European capital of astrologers and alchemists in search of the legendary 'philosopher's stone'. The city is famous for its architecture, bohemian atmosphere and Art Nouveau posters by Alphonse Mucha.
Prague, the capital of the Czech Republic, is a city where you will find buildings representing most western architectural styles. From Romanesque to modern, and including such rarities as Cubism in architecture. It is a popular place for weekend trips from neighbouring countries as well as the rest of Europe for lovers of interesting architecture, beautiful views and evening feasts with fresh Pilsener in one of the numerous traditional Czech beer bars. 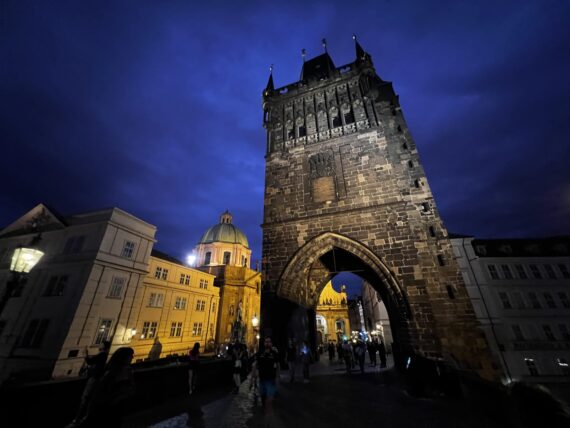 What is worth seeing in Prague?

Is Prague an expensive city?
Prague is more expensive than most Polish cities, but you can easily find cheap restaurants and accommodation near the city centre. For a decent double room near a metro station you will pay from 25 EUR per night, and for a good dinner from 5 EUR per person. The price of a draught beer is around 2 EUR for a large mug.
Tickets to most places are quite cheap, the only slightly more expensive is the entrance to the Prague Castle buildings.
The currency in the Czech Republic is the Czech crown / Koruna česká, which is abbreviated Kč / CZK. The euro converts to around 25 CZK, so converting prices should not be a huge problem.
Due to currency conversions, we recommend using the Curve app and card, or bank currency cards that offer favourable exchange rates. 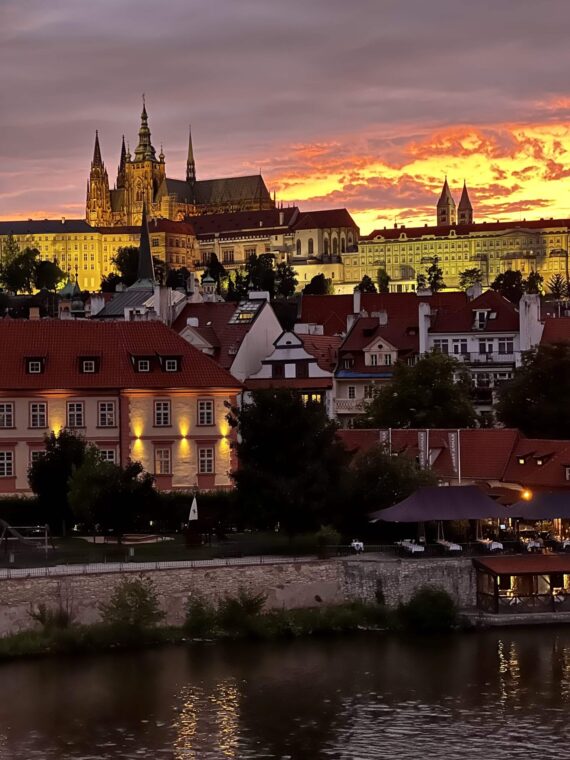 How to get to Prague?
There are several ways to get from Europe to Prague. For the people already in the region there are daily trains from Berlin, Dresden, Vienna, Kraków and other cities directly to Prague. The fastest option is to fly to Prague's main Václav Havel Airport, about 16 km from the centre of Prague. From the airport you can quickly and comfortably get out using one of the buses that run to the metro stations:

Night buses are available at night:

Prague Central Railway Station (Praha hlavní nádraží / Praha hl.n.) is located a few hundred metres from the old town. It is served by trains of Czech Railways (České dráhy) and PKP Intercity, running daily from Kraków, Katowice and Warsaw. Leo Express (from Krakow and Katowice) and StudentAgency (from the Polish border cities) also run to Prague. At the railway station there is a stop for metro line C, Hlavní nádraží.
Buses stop at Florenc railway station, not far from the train station. Metro lines B and C cross there, at the stop of the same name.
You can also get to Prague from Poland by car - if you plan to drive on Czech motorways, remember to buy a vignette. It is also worth finding out about the prices of parking in the city before you go.

How to get around Prague?
The centre of Prague can easily be explored on foot, while the sights and monuments beyond can be reached quickly and comfortably by public transport. The transport operator is the Transport Company of the Capital City of Prague / Dopravní podnik hlavního města Prahy (DP Praha), which operates several modes of transport: metro, buses, trams and cable cars.

We recommend using the DP Praha connection search engine or searching for connections on Google Maps.
Prices and types of tickets

Transfer by cable car to Petřín - CZK 60 / EUR 2,45 (does not apply to 24h/72h tickets, which include the cable car)
Remember to validate your ticket before entering the metro and immediately after boarding the tram/bus, because the fine for travelling without a ticket is 1000-1500 CZK, so 40-60 EUR.