Price:
You choose
Basic Information
Language
English, Spanish, Hebrew (check the calendar for availabilities)
Total time
2 h 45 min
Meeting point
Unirii Square Park, in front of the Clock (next to the fountains). Look for our distinctive orange outfit or orange umbrella.
Category
Walking Tour,
This tour is provided by our partner 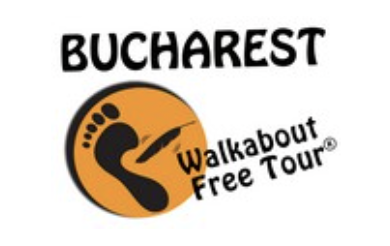 Romania is usually associated only with Transylvania and the bloody Vlad the Impaler, the prototype of Dracula from Bram Stoker’s Gothic novel. The sound of the city’s name, however, should be associated with something completely different… Rome!!! Much of southern Romania was once under Roman rule, and although millennia have passed since then, it can still be heard today in the beautiful Romanian language, and Romania calls itself a Latin island surrounded by a slavic sea. It is also a country at an eternal crossroads, with each historical part gravitating toward different cultures. Situated in the south, Wallachia gravitates toward the Balkans, Transylvania follows the west, and eastern Moldova looks fearfully to the east… Bucharest is at the very centre of this unusual mix.

Our tour will be a wonderful introduction to the history of the “Paris of the East,” as its residents proudly call the city. Bucharest can resemble Frankenstein’s monster in some places – beautiful 19th century palaces stand here right next to colossal communist edifices, silent witnesses of 20th century history. The city has been constantly changing over the centuries, which has been “facilitated” by numerous fires and earthquakes. After the catastrophic earthquake in 1977, much of Bucharest had to be built from scratch. An indelible mark was left here by the hubris and megalomania of dictator Nicolae Ceaușescu, who ordered the demolition of thousands of buildings in order to build a new communist city.

Take a walk with us to explore 500 years of the city’s history, starting with its founding in the 15th century and the reign of Vlad the Impaler, ending with the Romanian Revolution and the fall of the communist dictatorship. We will see the most important buildings of downtown Bucharest, beautiful Orthodox churches, 19th century palaces and buildings that survived only because they managed to be… moved to another location. We will see Bucharest’s “Champs Elysees” and the second largest public building in the world (after the US Pentagon) – the famous Romanian Parliament! Of course, there will be no shortage of recommendations on where and what to eat – today’s Bucharest is an energetic city with fantastic cafes and delicious restaurants just waiting to be discovered!

During the walk we will see and explore:

Meeting Point
Unirii Square Park, in front of the Clock (next to the fountains). Look for our distinctive orange outfit or orange umbrella.

Private tour
Other tours:
From Monarchy to Communism
Price:
You choose!
Book