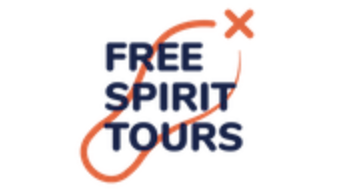 Close your eyes and imagine a white stone city with terracotta rooftops set against a turquoise sea. Can there be something more beautiful and enchanting than that? We think not! Welcome to the amazing city of Dubrovnik!

The source of wealth for the tiny but brilliantly developed, self-governed town of Ragusa (that’s how Dubrovnik was called for centuries) was the sea and the maritime trade. International community of merchants and ship builders, some of the best in the Mediterranean, and effectively competing even with the Venetian Republic, would call it their home. Their meeting place was the Sponza Palace, cultural and business centre of Ragusa. This city-republic was ruled in an unexpectedly modern way, applying modern laws and regulations in almost every sphere of life, including politics! The governor, called the Rector, was chosen for only a month, a means taken to prevent anyone from getting too rich and powerful. He lived in the majestic Rector’s Palace, a beautiful gothic-renaissance building adorning the main promenade of the old city. Its appearance gives you a sense of what the life of aristocratic spheres, that valued their liberty very highly, was like.

But the old city of Dubrovnik has one more marvel that makes it one of very few of its kind in the world – the spectacular city walls! They were built in the Middle Ages and expanded greatly in the 15th century, which featured the Turkish attack. Mighty walls, towers, bastions and cannons make it a fantastic scenery, so incredibly tale-like that it provided a perfect setting for many movies, including the Game of Thrones.

During the tour we will walk the main promenade of the Old Town, the Stradun. We will see all the most important attractions of the old town of Dubrovnik including the dripping in gold Cathedral, the majestic Rector’s Palace and the Sponza Palace to hear fantastic stories of the free city-state of Ragusa and learn how Dubrovnik became a cradle of the Croatian culture. We will also talk about the 7 months of shelling in 1991 when the whole city was in danger and suffered great damages. Last but not least we will naturally visit the places that became known around the world thanks to the Game of Thrones series, including the famous stairs from the Cercei’s walk of shame!

During this 1,5 hour tour you will see and discover: