We use Cookies.
Walkative!BLOGHistory & culture
9 movies you should watch before or after visiting Warsaw
#poland #warsaw #warszawa
Share:

Warsaw is a city with an extremely rich history. No wonder that the fate of this city has been inspiring
artists from all over the world for years. On the basis of true stories from the life of Warsaw and its
inhabitants, films are made that ignite the imagination and bring the complicated fate of our city to
millions of people around the world. Whether you already know Warsaw well or you are just planning
your arrival in the capital of Poland, it's worth finding time to watch at least a few of the following
movies.

This movie needs no introduction. Even if you haven't seen it (yet!), you must have heard a bit about
it. An outstanding work by Roman Polański telling the story of Władysław Szpilman - a Polish pianist
of Jewish descent. The film received critical acclaim around the world and many prestigious awards,
including the BAFTA, César or Golden Palm in Cannes. The film was also honoured with several
statuettes of the American Film Academy, including for Roman Polański for directing and Adrien
Brody for the leading male role. The background of the film is Warsaw from the times of World War II,
and some of the places presented in the film can still be found in the capital today, e.g. during our
Jewish Warsaw tour. 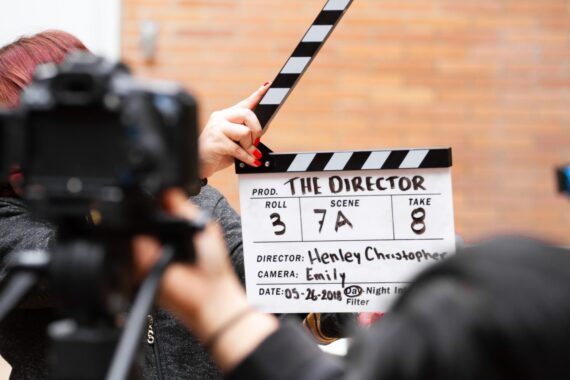 This is the story of the director of the Warsaw Zoo, Jan Żabiński, and his wife Antonina, who hid Jews
in the zoo during World War II. For many years, this story remained forgotten, which makes it all the
more gratifying that the director reached for it when creating her film in 2017. The film is certainly
worth watching, remember, however, that it’s not a documentary and while the general plot is based
on facts, some elements are not historically true. Well, Hollywood has its own rules. During our
Alternative Warsaw tour you can see the Warsaw Zoo, one of the main places of this film.

While on the topic of World War II, it is also worth reaching for the film about Irena Sendler, Righteous
Among the Nations, who helped Jewish children during the war by smuggling them from the Warsaw
Ghetto to the Aryan side of Warsaw. The film had its world premiere on April 19, 2009, on the 66th
anniversary of the outbreak of the Warsaw Ghetto Uprising. Although the film did not gain as much
publicity as The Pianist (in the USA it was shown only on TV, not in cinemas), it is worth seeing, if
only for the role of Anna Paquin, winner of the 1993 Oscar for supporting female role.

One of the most underrated Polish films about the Second World War. Korczak is the story of Janusz
Korczak, an educator, pedagogue, teacher, director of a Jewish orphanage, and his pupils. Everything
that is best meets in this film: a strong story, a well-written script, for which the wildly-known
Agnieszka Holland is responsible, great direction by the Oscar winner for the lifetime achievement
award—Andrzej Wajda, and world-class acting (Wojciech Pszoniak as Janusz Korczak is brilliant!). It
is undoubtedly a must-have item on the list of anyone interested in history or cinema.

Kanał is one of the most important Polish films. Filmed over 60 years ago (in 1956!) by the
aforementioned Andrzej Wajda, it shows the last moments of the Warsaw Uprising, when a unit of
Home Army soldiers tries to pass through the sewers to Śródmieście that was still defending itself.
Over half a century ago, the film drew the attention of the West to Polish cinematography. It was then
that people began to speak and write about the "Polish film school". In 1957, Andrzej Wajda received
the Special Jury Prize at the Cannes Film Festival for Kanał. Interestingly, in the film all the roles of
the insurgents were played by students of the National Higher School of Theatre in Warsaw.

A story about love, friendship and the pursuit of adventure in the bloody and brutal realities of the
Warsaw Uprising of 1944. It is the first film fully devoted to the Warsaw Uprising since Andrzej
Wajda's Kanał. Although the film didn’t win critical acclaim, it brought many young people closer to the
times of World War II. If you’re interested in this period, join our Warsaw at War tour, during which our
guides will tell you about the struggle, heroism and everyday life under the occupation.

The film is an adaptation of Aleksander Kamiński's book, written during the German occupation. It
tells the story of a group of Warsaw scouts who were entering their adulthood at the outbreak of World
War II, and whom the war faced with difficult choices. The main characters are three friends -
members of the Gray Ranks: Jan Bytnar "Rudy", Tadeusz Zawadzki "Zośka"; and Aleksy Dawidowski
“Alek”. The history is very well known in Poland, because the mentioned book is obligatory reading at
school.

A political thriller based on the story of Ryszard Kuklinski (aka Jack Strong), a colonel of the Polish
People's Army, who spied for the CIA during the Cold War. Although the character of Ryszard
Kukliński causes a lot of controversy, the film itself doesn’t give any clear answer and doesn’t take
sides. The film holds you in suspense for almost two hours and it’s a pleasure to watch. Marcin
Dorociński, one of the best Polish actors of the 21st century, who played the title character, had a
significant share in the film's success. You can learn more about the times presented in the film during
our Communist Warsaw tour.

Marie Noelle's film is not the first attempt to transfer the biography of an outstanding scientist to the
silver screen. Maria Skłodowska-Curie is a very solid film. It reliably tells the story of the amazing life
of a discoverer of two elements, but also builds a portrait of an extraordinary woman who, thanks to
her intelligence and hard work, managed to win the world of science, always dominated by men, over.
Maria Skłodowska-Curie was certainly extraordinary and it’s worth finding out as much as possible
about her, whether by watching a movie or by joining our Warsaw Historic Centre tour.