Price:
You choose
Basic Information
Language
English (check the booking calendar for availability)
Total time
2 hours 30 minutes
Meeting point
In front of the Hamam Museum in the Old Town.
Category
Walking Tour,
This tour is provided by our partner 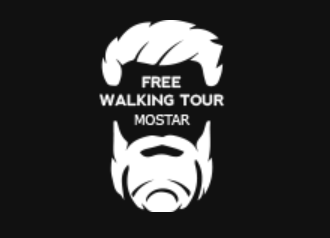 Beautifully nestled along the Neretva River Valley, Mostar is the jewel of Hercegovina. An exploration of the white stone houses on the riverbanks, connected by the iconic Old Bridge, transports visitors to Mostar’s distant past. It is a space where eastern and western influences converge. A place where cultures, traditions, and religions have blended over centuries to create an enchanting city. This beauty is marked with the haunting scars of the more recent wars of the late 20th century. Visiting Mostar will leave you delighted by its charm and horrified by the cruelty of war while instilling a sense of hope that is rooted in the resiliency of the human spirit.

The Neretva River contributed to the foundation of Mostar, its history is storied by the traders, sailors and soldiers who traveled upon its strong current. The brilliant waters of the Neretva link the Adriatic Sea and the resource rich interior of central Bosnia and was responsible for pouring life and prosperity into the city. There is a long history of habitation along the river stretching from prehistory to Roman settlers, those living under the independent medieval Bosnian Kingdom, and for centuries, the Ottomans. It was during the Ottoman Empire that Mostar’s urban fortified core was established and the wooden suspension bridge which traversed the Neretva River was replaced with a single span arch stone bridge in the 16th century. The presence of the bridge at this river crossing gave the city its name and proved to be a masterpiece of Ottoman engineering and genius, outliving the very empire which was responsible for its creation. With the weakening of the Ottoman Empire in the late 19th century, Mostar was incorporated within the borders of the Austro-Hungarian Empire, a period during which the city transformed and quickly modernized. Following WWII and the city’s liberation from fascist control, Mostar became part of the Socialist Federal Republic of Yugoslavia. Bosnia and Hercegovina declared its independence in 1992; the wars which ensued devastated Mostar’s idyllic landscape and sense of community. The Old Bridge, a monument for which the city was long known, was destroyed and became emblematic of the massive loss the city and the greater region endured.

The tour will explore 600 years of Mostar’s history as Hercegovina’s capital of culture. The picturesque historic core as well as dilapidated buildings, sprawling cemeteries, and damaged walls echo the past and reflect the cultures and the people who shaped the city. We will see the landmarks testifying to the city’s Ottoman past including Kujundžiluk, Koski Mehmed Pasha Mosque, and – most notably –  the Old Bridge, the reconstruction of which was completed in 2004 and is now included on the UNESCO World Heritage List. The long-standing local practice of bridge diving will be explained, and we will share how you could join the daring group that has carried this rite of passage into present day. We will marvel at the city’s cultural and religious diversity: mosques and churches, stately Austro-Hungarian structures, and Yugoslavia’s architectural modernism are physical reminders of the shifts the city of Mostar has experienced. The tour will also help guests to understand the recent wars with a visit to the Bulevar, the front line during the 1990s wars of Yugoslav succession. Finally, we will witness together how the diverse communities of Mostar work together to overcome challenges and navigate ethno-national difference in effort to create a space for future generations.

Join us in the exploration of Mostar’s historical monuments, architectural masterpieces, and distinctive cultures, religions, peoples, and customs that merge to create an extraordinary urban landscape. Join us to discover Mostar as only a local can know and understand it!

During this 2,5-hour tour we will visit:

This tour is organized in cooperation with our local partner, Sheva Walking Tours!

Thank you for choosing Walkative & Sheva Walking Tours! If you have any further questions, please do not hesitate to contact us.

Meeting Point
In front of the Hamam Museum in the Old Town.